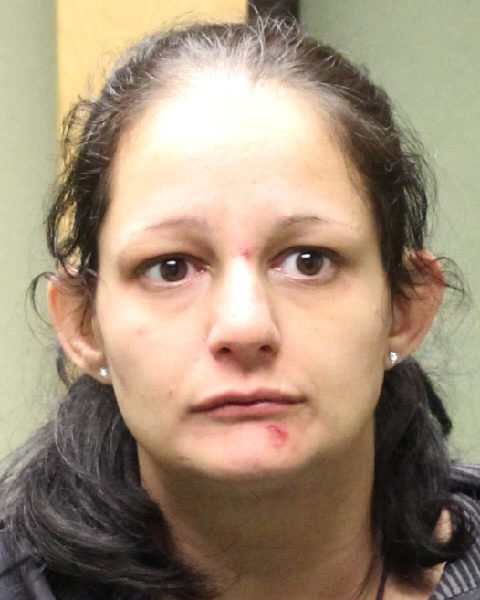 SPRUCE PINE – Security cameras may not deter crime, but they can help catch criminals.

Peoples Furniture in downtown Spruce Pine reported at 4:30 p.m. Thursday, Dec. 30, one of its vehicles, a white 2010 GMC Sierra, had been stolen from a parking spot in front of the business at 274 Oak Avenue. Security cameras put in place by Peoples Furniture clearly showed a female getting in the truck and driving away. The keys were in the vehicle.

After receiving photos of the suspect, the Spruce Pine Police Department received several tips about the female’s identity and on Friday, Jan. 3, arrested Candice Nicole Wing, 31, of 1558 US 70, Valdese. Wing has been charged with larceny of a motor vehicle and misdemeanor larceny. After the truck was located in Morganton, it was determined an $800 curio cabinet and $400 worth of tools were stolen from the truck, as were the wheels and tires, its GPS system, dryer cords, brakes, catalytic converter, battery and computer system.

“With the assistance of the Burke County Sheriff’s Office and the North Carolina SBI, we were able to locate the suspect and vehicle in Morganton,” said Captain Kasey Cook, of the Spruce Pine Police Department. “The vehicle was found approximately 300 yards in the woods behind a residence. It goes to show what good police work can be accomplished with help from the community and other law enforcement agencies.”

Peoples Furniture owners Ken and Trish Waldroup paid to have security cameras installed after a pair of past thefts. At some point overnight Monday, Jan. 29, 2018, someone stole all four wheels and tires off a 2015 full-size Chevrolet Colorado truck belonging to Peoples Furniture parked in the public parking lot behind the Mitchell News-Journal. The center caps were also stolen off a Peoples-owned 2010 GMC Sierra.

Travis Lee Blevins, 41, of Burnsville, was later convicted of felony larceny and felony simple possession for the crime, and the court deemed Blevins a habitual felon. A Newland woman was observed on surveillance cameras in October 2017 stealing pieces from a fall scene belonging to Peoples and was charged with misdemeanor larceny.

“All three of our thefts are from repeat offenders that have long histories of theft in multiple counties,” Trish Waldroup said. “We are not being targeted.”