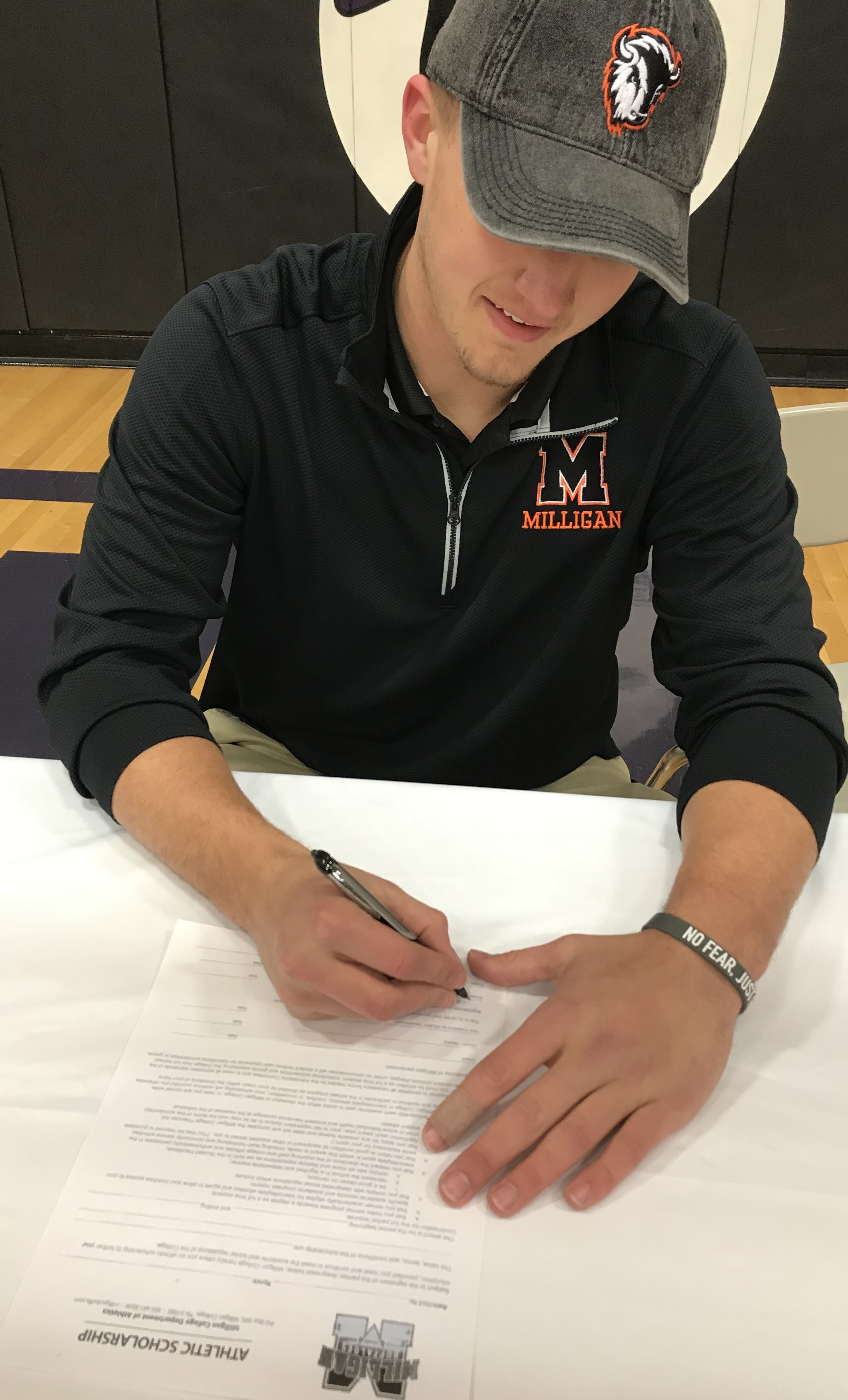 Mitchell High School senior Kade Hoilman made his decision to attend Milligan College on a track and field scholarship official by signing a letter of intent Tuesday, Jan. 21, in the Mitchell High School gymnasium in front of his coaches and family. (MNJ/Cory Spiers)

LEDGER – Mitchell High School senior Kade Hoilman will continue his track and field career at Milligan College after he graduates in May.

Hoilman made his decision official by signing a letter of intent Tuesday, Jan. 21, in the Mitchell High School gymnasium in front of his coaches and family.

Hoilman said of all the colleges he visited, Milligan felt the most comfortable.

Hoilman will stay close to home – Milligan is located in Elizabethton, Tennessee, which is a little more than 40 miles from Mitchell County and roughly a one-hour drive away.

Hoilman will join now-graduated Mitchell High baseball player Caleb Pritchard at Milligan. Pritchard signed to pitch at Milligan in May 2019.

In addition to Hoilman and Pritchard, Mitchell High senior Zeus Ponder announced his plans to play college baseball at the University of North Carolina Asheville earlier this school year.

Hoilman said he will miss his track teammates and said he will move on to the next level with plenty of fond memories of high school.

“We really got close-knit as a team,” Hoilman said. “I’m definitely going to miss the family aspect of it all.”

Kade is the son of Darren Hoilman, and Brett and Tracy Hoilman, of Spruce Pine.