Changing forests: What is causing so many trees to die? 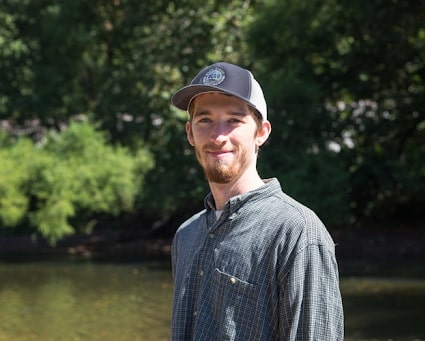 I have hunted in the same hollow for the past 10 years, giving me ample time to stare at every tree within eyesight while spending hours in the stand waiting for deer. In those 10 years, I have watched the mature hemlock trees lose their scented, dark-green needles and die.

Two years ago I noticed the white walnuts had dead branches in the canopy and cankers on the trunks, both signs of imminent death. This year, many ash trees turned yellow and dropped their leaves far too early, foretelling more casualties in the forest. What could be causing so many trees to die, and why does it matter?

When people travel or ship products from other parts of the country and world, they often bring unknown passengers. These include invasive insects, fungi, plants and diseases known as introduced forest pathogens, or biological invaders, many of which can kill trees. Non-native pathogens are a huge threat to trees, as trees do not have natural protection to them. It is similar to a defenseless human body facing an infection to which it has no immunity or antibodies. These invasive pests can do massive damage to trees, and everything that depends on forests such as wildlife, soil, water and even humans.

A famous historical example of a biological pest that killed billions of trees, and changed the ecology and economy of eastern North America is chestnut blight and the American chestnut tree. The American chestnut was once one of the more common trees in the forests of the eastern United States until chestnut blight, Cryphonectria parasitica, an invasive non-native fungal disease native to East Asia, killed three-to-four billion trees and destroyed the population. Chestnut blight was accidentally brought to North America in the early part of the 20th century in a nursery shipment from Japan.

It is estimated in the Appalachian Mountains almost one-in-four hardwood trees were American chestnut before the blight. The nuts from American chestnut were a very important food source for animals in the Appalachian mountains. The loss of chestnut tree resulted in the extinction of seven species of moth, decreased deer, squirrel and rabbit populations, and lowered population of predator animals such as bobcats, minks, foxes and birds of prey. The effects from this change in forest dynamics moved throughout the ecosystem affecting bird populations, which in turn changed insect populations, then aquatic insect and animal levels, which affected water quality, aquatic ecology and fish diversity.

The American chestnut was a very strong, large, rot resistant and straight-growing tree, often reaching heights of 60 feet or more before the first branch and with trunk diameters more than 14 feet. These qualities made the wood very useful and lumber very valuable. Most fence posts, railroad ties, houses and barns in Appalachians built before the first part of the 20th century were built with chestnut. The nuts from the trees were an important source of food for people and their livestock living in the Appalachian mountains. In the early part of the 20th century, standing chestnut lumber (not considering economic value of nuts) was estimated to be worth $490 million, roughly $12 billion today.

Although the American chestnut die-off has become a sad piece of history, there are many other trees currently experiencing similar declines. Due to a variety of factors, more than 10 percent of tree species worldwide are threatened with extinction. Currently there are 58 identified species of trees that are under serious infectious attack in the United States from invasive biological disease. We have seen a dramatic population decrease of Fraser firs, hemlocks and ash trees in recent years, which is easily visible around Western North Carolina. In our local Yancey, Mitchell and Avery tri-county area, there are several tree species declining from biological invasion. Some of these trees with their IUCN Red List of Threatened Species rating include the eastern and Carolina hemlock (both near threatened), green and white ash (both critically endangered), American elm (endangered), Fraser fir (endangered), American beech (secure) and butternut/white walnut (endangered).

Many of the 58 trees species in the United States currently facing infections from non-native pathogens could end up with a similar fate to the American chestnut. One species’ decline creates large changes to the forest and local economy, but a decline of multiple species could be socially, environmentally and economically disastrous. A negative change in forest health creates threats to timber production, greatly increases the risk of large wildfires, changes water quality and quantity, and affects biological diversity, soils and wildlife including game fish, birds, deer and bears. Loss of trees also means changes to culture and tradition. As it is the holiday season, think of the endangered Fraser fir, which is the most popular Christmas tree in the world and has been the official White House Christmas tree more than any other tree, or consider the famous Christmas song opening line “chestnuts roasting on an open fire.” This was surely written with American chestnuts in mind.

All of these reasons make it important to monitor tree population changes and prevent the further spread of biological forest invaders. There are measures that can be taken to prevent this or slow the spread of forest pathogens while possible solutions are researched. The next Toe Talk article will discuss preventive measures in detail. More information on invasive organisms and forest pathogens can be found on the North Carolina and United State Forest Service websites.